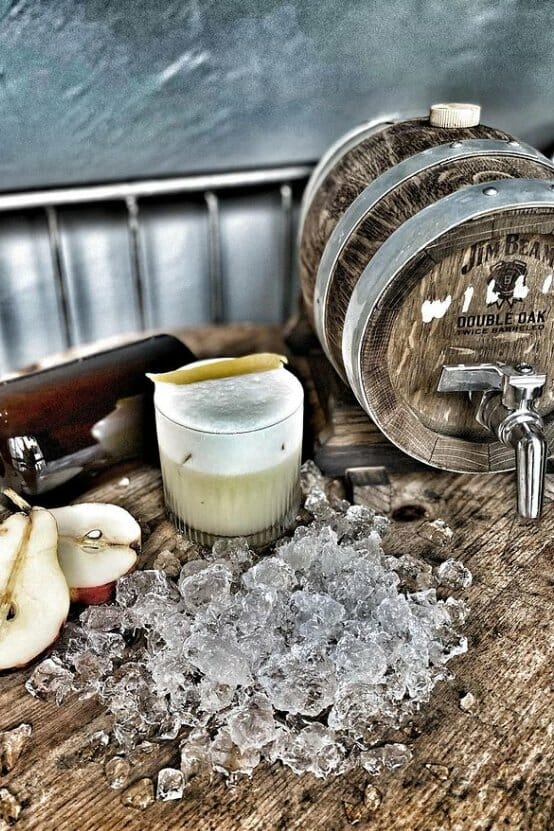 <<The Barrel Aged Williams Sour is the kind of German answer to the world-famous Whisky Sour. The base spirit for our drink was a pear brandy, aged in ex-Buffalo Trace Bourbon Barrels. It's refreshing, citrusy, and of course, it comes with flavors of pear.>>

Podcast about the mixed drink

The Barrel Aged Williams Sour is an extraordinary drink. And it’s like the German way of making sour cocktails with fruit brandy.
We used the pear brandy from our small ex “Buffalo Trace Bourbon” barrels. It might be too powerful and overwhelming if we had added 60ml instead of 40ml pear brandy. We stored the pear brandy for about three months, and it was enough time to get some of the woody flavor and some color into the brandy. We also used some White Port because it makes the drink a little crisper.
If you want to use fruit brandy in a Sour cocktail, we recommend giving it some rest in a barrel. It will remove some of the fruity flavors and give it more depth through the wood.